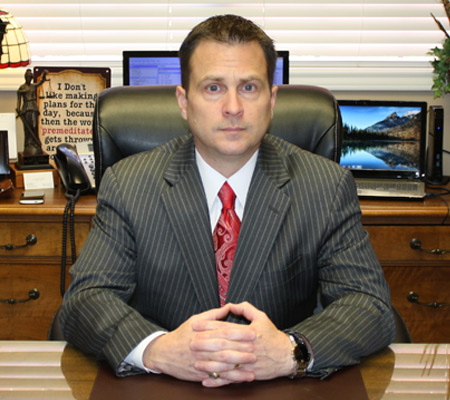 After obtaining an undergraduate degree at the University of North Texas, David spent six years in San Antonio working in the healthcare industry. During this time he worked for two of the areas largest hospital systems as well as the regional blood & tissue center. Next, David attended law school at Texas Tech University where he became actively involved in various advocacy programs, represented the law school in regional and national advocacy competitions, and was inducted into the Order of Barristers.

After interning with the U.S. Attorney's Office in Lubbock and clerking for a medical malpractice firm in Dallas, David returned to his native northeast Texas to focus on civil litigation. He spent four years as an associate attorney with an insurance defense firm before joining Smith Weber as a law partner. Over the past decade David has secured favorable verdicts for his clients before juries in both Texas and Arkansas. He was selected by Super Lawyers® in the April 2012 edition of Texas Monthly Magazine as a Rising Star in Texas. This designation is bestowed upon no more than 2 1/2 percent of the attorneys practicing in Texas and is made by peer nomination. David is also an AV Preeminent® rated attorney by Martindale-Hubbell®. This peer review rating, generated from evaluations by other members of the bar and judiciary, is an objective indicator of a lawyer's high ethical standards and professional ability.

David has represented individuals and businesses in litigation before both state and federal courts in Texas and Arkansas. He has pursued cases on appeal to the Texas Sixth Court of Appeals and the Fifth and Eighth Circuit Federal Courts of Appeal. Over the past decade, David has prosecuted and defended claims in a wide array of cases to include those involving premises liability, nursing home negligence, professional liability, personal injury, products liability, wrongful death, toxic and environmental torts, labor & employment, contract disputes, insurance coverage, negligence, civil rights, eminent domain, riparian rights, construction disputes, consumer protection, probate & estate litigation and complex family law. In addition to his trial practice, David is retained by individuals, businesses and governmental entities to provide general counsel to guide them through various legal issues they may encounter.